Application of an ultrafast light pulse (pump light) to the metallic ultrathin film generates the sound wave pulse, which propagates in the thickness direction. We then irradiate the specimen with the time-delayed light pulse (probe light), which penetrates the thin film and then the substrate. The penetrated light pulse is diffracted by the sound wave and the diffracted light becomes coherent when the Bragg condition is satisfied. Because the sound wave propagates in the thickness direction, the reflectivity of the probe light shows oscillations, corresponding to the sound-wave frequency. This oscillation frequency gives the sound wave velocity and then the elastic modulus. 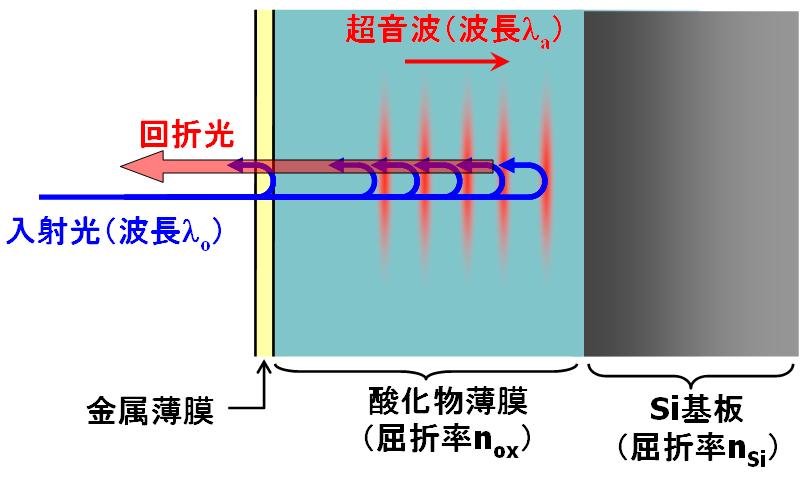 Below figure shows a theoretical simulation of the reflectivity change caused by the sound strain pulse. The wavelength of the probe light was assumed to be 400 nm. The thin film was 400-nm thick silica on Si substrate. The vertical blue broken line indicates the interface between the film and the substrate.

The simulation result shows the low-frequency and high-frequency Brillouin oscillations from the silica film and Si substrate, respectively.

We show an experimental result for silica thin film deposited on Si substrate. The calculated reflectivity change well agree with the measurement. 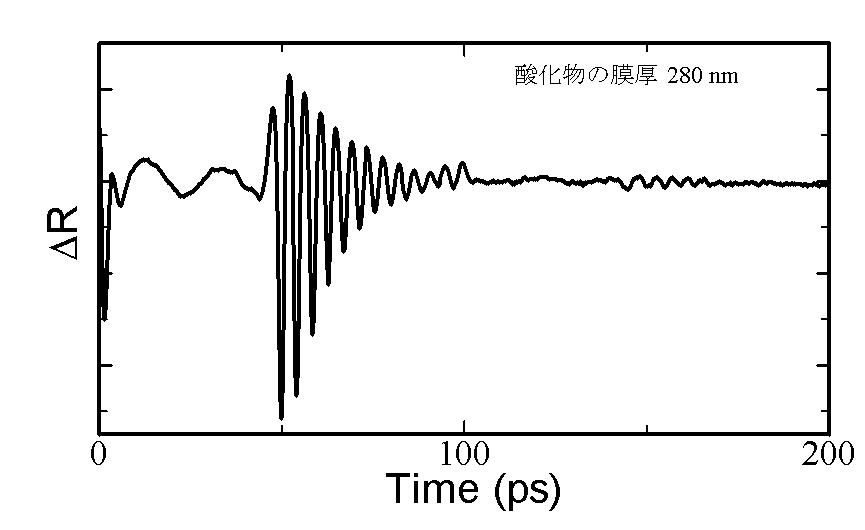